Why I recommend solar energy

I recommend anyone who owns their own home gets solar panels installed in their house right now. Well not IN your house – more like ON or NEAR your house, but still, the sentiment is what matters. You need solar panels.

Solar power systems derive clean, pure energy from the sun. Installing solar panels on your home helps combat greenhouse gas emissions and reduces our collective dependence on fossil fuel. Traditional electricity is sourced from fossil fuels such as coal and natural gas, which are then burned to create steam heat that turns tubines (or generates electricity in other similar ways that involved burning).

If you install solar panels, such as those from Iowa Solar, you will no longer be burning fossil fuels to generate your power.

When fossil fuels are burned to produce electricity, they emit gases.

I’m not just talking about smoke here, though everyone knows that breathing smoke is bad for your lungs.

No these gases are much more harmful, and are the primary cause of air pollution and global climate change. Not only are fossil fuels bad for the environment, but they are also a finite resource. Because of this, the price is constantly fluctuating and can increase in a short period of time.

In fact, sometimes these gases even include radioactive materials that were previously buried deep beneath the earth, which are instead released to the air.

Although fossil fuel production requires significant water resources and causes water pollution through its waste, solar energy requires little to no water to operate. So, not only does solar power not pollute water resources, it also doesn’t put a strain on the world’s water supply.

In fact, the only time that solar panels generate pollution is during the manufacturing process, and it has been proven that this amount is a tiny fraction of what would be generated by the same energy-equivalent amount of oil or gas.

Solar power also works during a drought or heat wave. Coal, natural gas and nuclear power use large amounts of water for cooling, which makes them dangerous in areas with water source problems. During heat waves or severe droughts, as we’ve experienced in recent years as the earth warms, electricity generation is at risk. But solar power systems do not require water to generate electricity at all!

In addition, solar power creates jobs in clean energy. The U.S. has been leading the world in clean energy. Hopefully this trend will continue, in the face of government budget cuts to EPA and DOE, as innovative and forward-thinking companies continue to embrace the changing landscape of energy production and move to renewables. 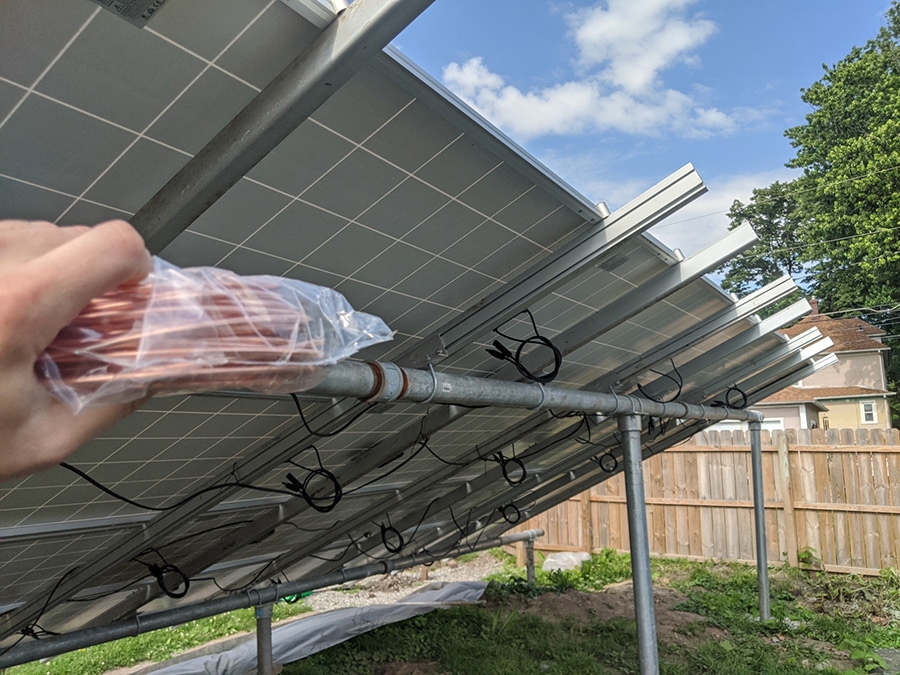 The main reason to install solar is to save money. Solar panels often last far longer than the times quoted for their installation.

The math shows that installing solar can produce power for as long as 50 years after installation, albeit at a diminished rate from the initial installation.